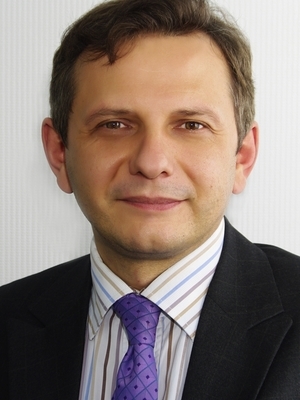 Oleg Ustenko is an Executive Director at The Bleyzer Foundation. His economic and financial research is focused on transitional and developing economies. The CIS region and Ukraine are his particular areas of interest.

Mr. Ustenko joined The Bleyzer Foundation in 2004 and since then has been actively involved in all major projects, including assessments in macroeconomics, investment and the overall business climate in the regions of analysis.  He also acts as a consultant to the Ukrainian government and other CIS countries. He is an active participant at major economic and business conferences in the region and is one of the most published and quoted economists in Ukraine.

Prior to joining The Bleyzer Foundation, Mr. Ustenko was involved in different economic policy-oriented projects of The World Bank, OECD, governments of CIS countries and leading universities including Harvard University and MIT.

Mr. Ustenko has a Master’s Degree from Harvard University and a Ph.D. from Kiev State Economics University. He also attended the Ph.D. program in economics at Brandeis University.